﻿Enter your ﻿name and email﻿ below to be notified when Book Selling 101 is available for sale. ﻿﻿﻿﻿Your information will ﻿NEVER﻿ be sold.﻿﻿﻿﻿﻿ 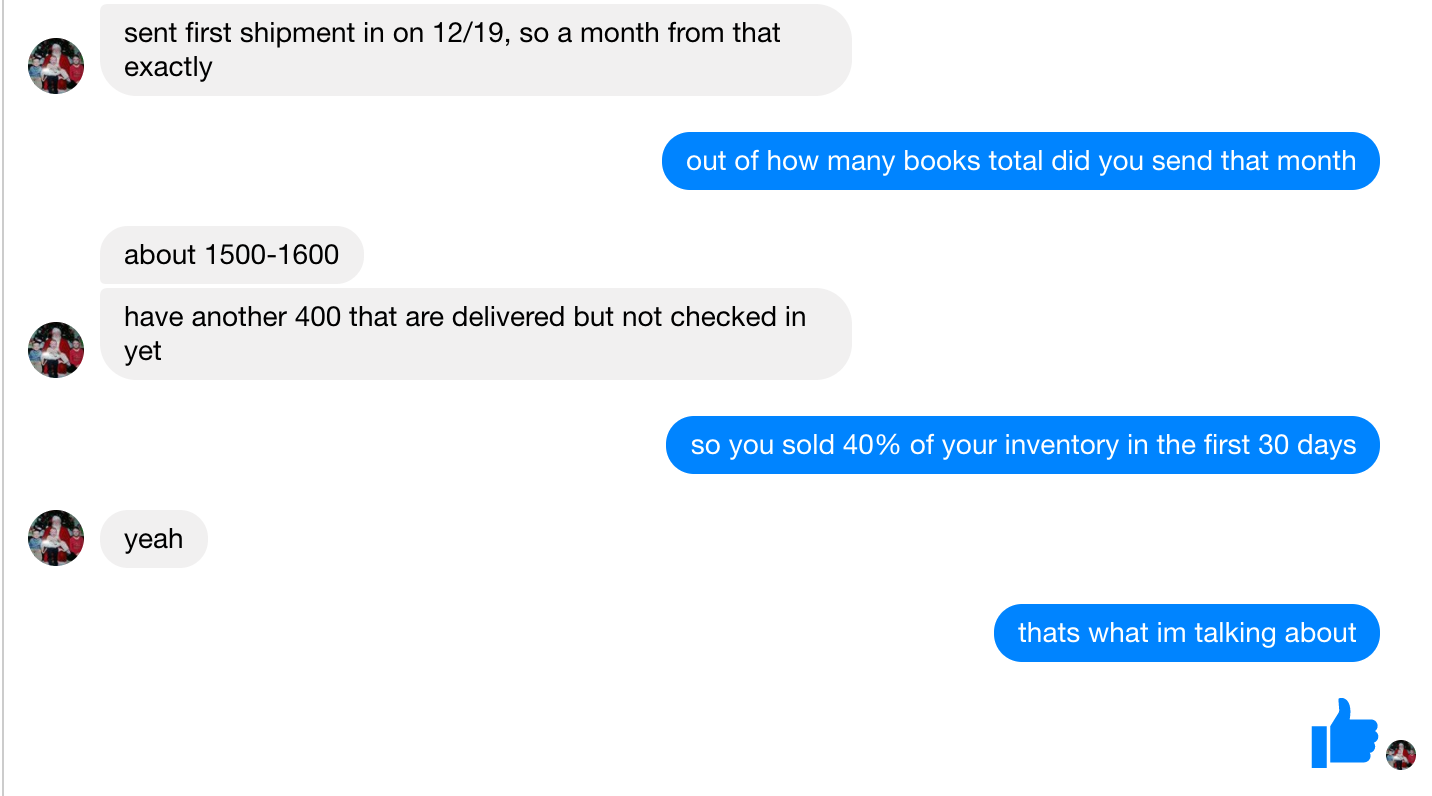 To many people it sounds hard to believe. If you've never followed me on YouTube before, I could understand why you would think that. It's what I thought until my girlfriends uncle gave us a couple hundred of his used books and I decided to see if we could make any money selling them online.

We ended up selling these books which sometimes had highlighting and underlines into over $1500. However, we weren't ready to sell books as a business because the idea of storing hundreds or thousands of books in the house was NOT something I wanted to do.

﻿﻿﻿﻿When I discovered the Fulfillment by Amazon (FBA) program ﻿where you send your ﻿books﻿ to Amazon and they ﻿put the items up for sale for you and ship all of your orders, that is when I began to ﻿﻿take﻿﻿ bookselling seriously. I began going to library book sales and started to send in hundreds of books to Amazon FBA. ﻿﻿﻿﻿﻿﻿﻿﻿﻿﻿

I had sold items on eBay in the past and one of the worst parts of selling online for me was all of the prepping and packaging orders. The Fulfillment by Amazon (FBA) program greatly helped with these parts of the business . Instead of individually shipping each order yourself like with eBay, with Amazon FBA you send in your inventory in batches to Amazons warehouse. Amazon then ships the customers orders when they purchase one of your books or other items.

I was still just starting out and there was a LOT left to learn but as time went on through trial and error, effort and the help of my girlfriend we were able to create a 6 figure income.

As time went on my subscribers grew and everyone really wanted to know how I was achieving such success. That's when I decided to start working on documenting my techniques and strategies into a training with over 10 hours of content and 40 videos (more updated videos to be added).

- Where to find the most profitable used books

- How to avoid the competition and look where others don't consider

- A pricing strategy that increased my sales by over 100%

With this business model the margins can be high. I typically bought books for $.50 to $2. 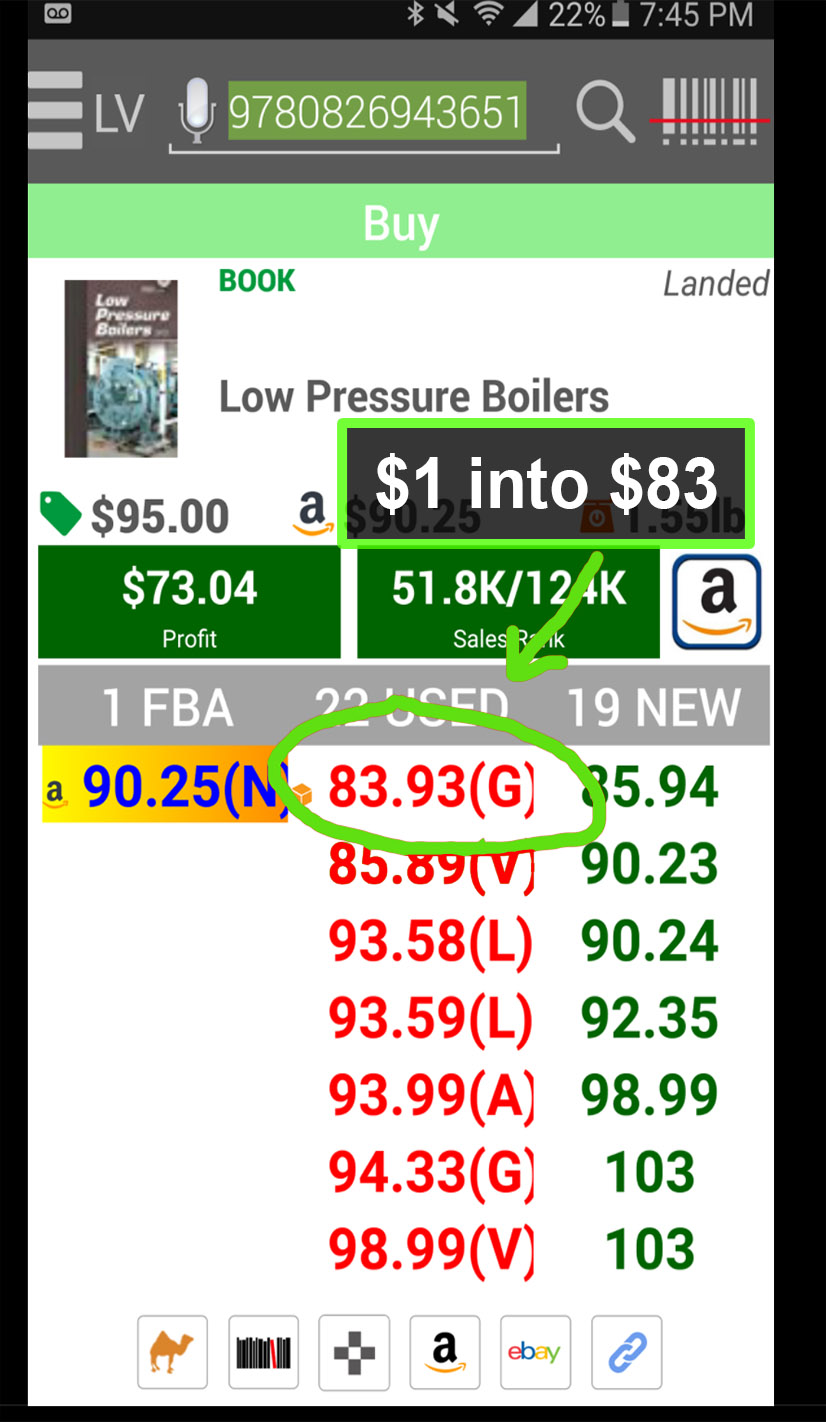 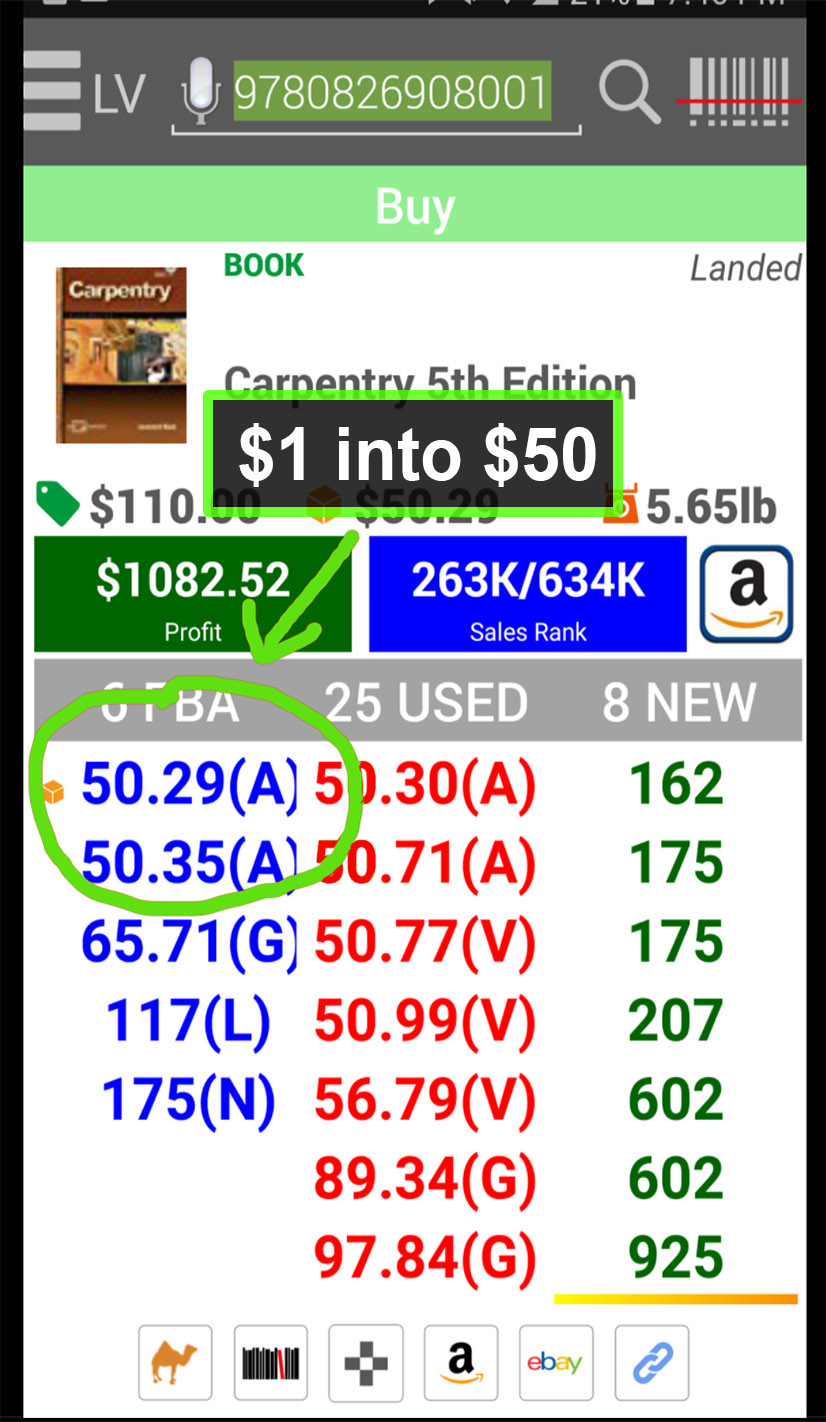 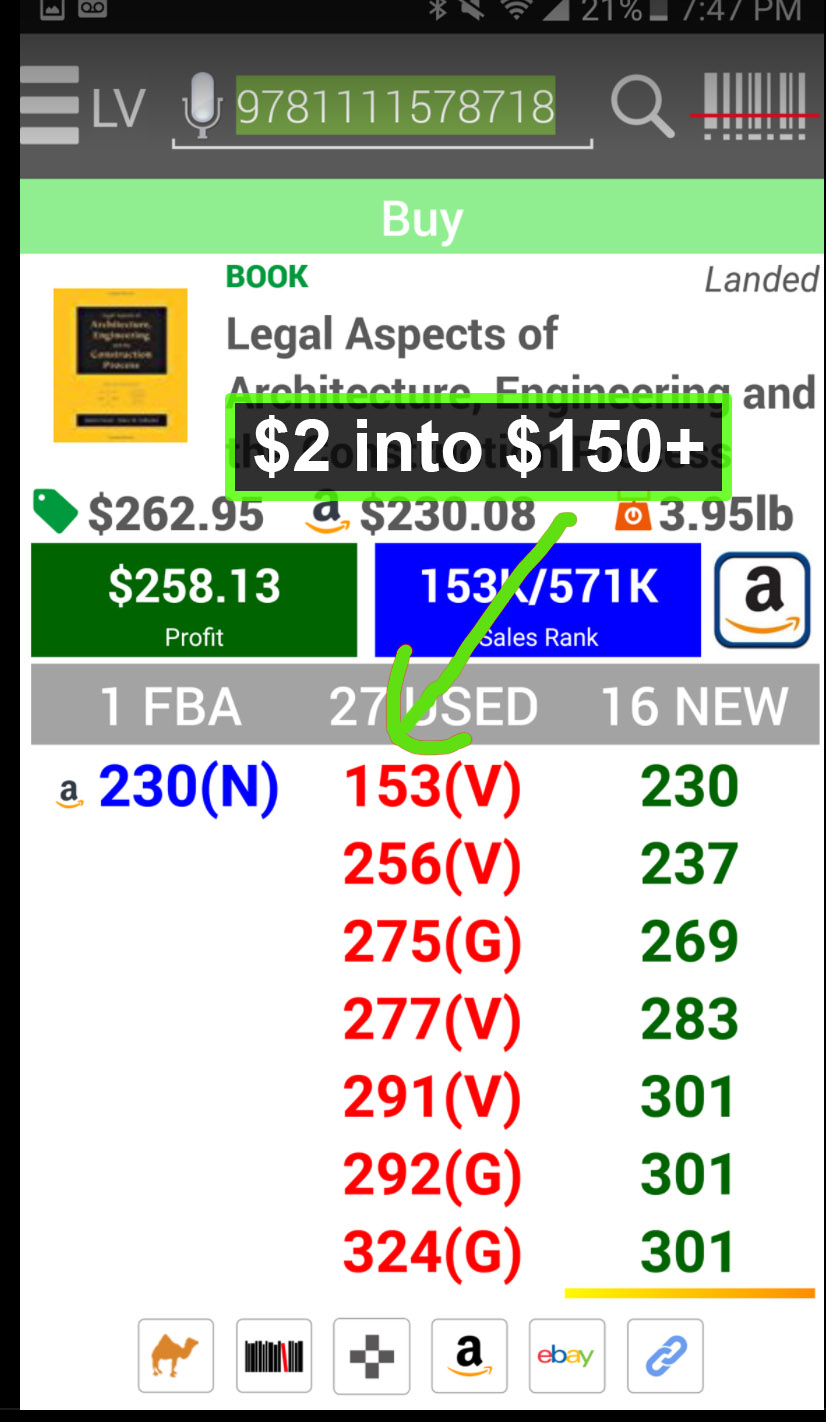 This course demonstrates a method to make money selling used books on Amazon FBA with the lowest start up cost and barrier to entry of any Amazon based business I've come across so far.

How to make money selling books on Amazon

Discover the best places I've found to sell books to sell on Amazon.

How to sell your used books quickly

I share my pricing and re-pricing strategies and templates 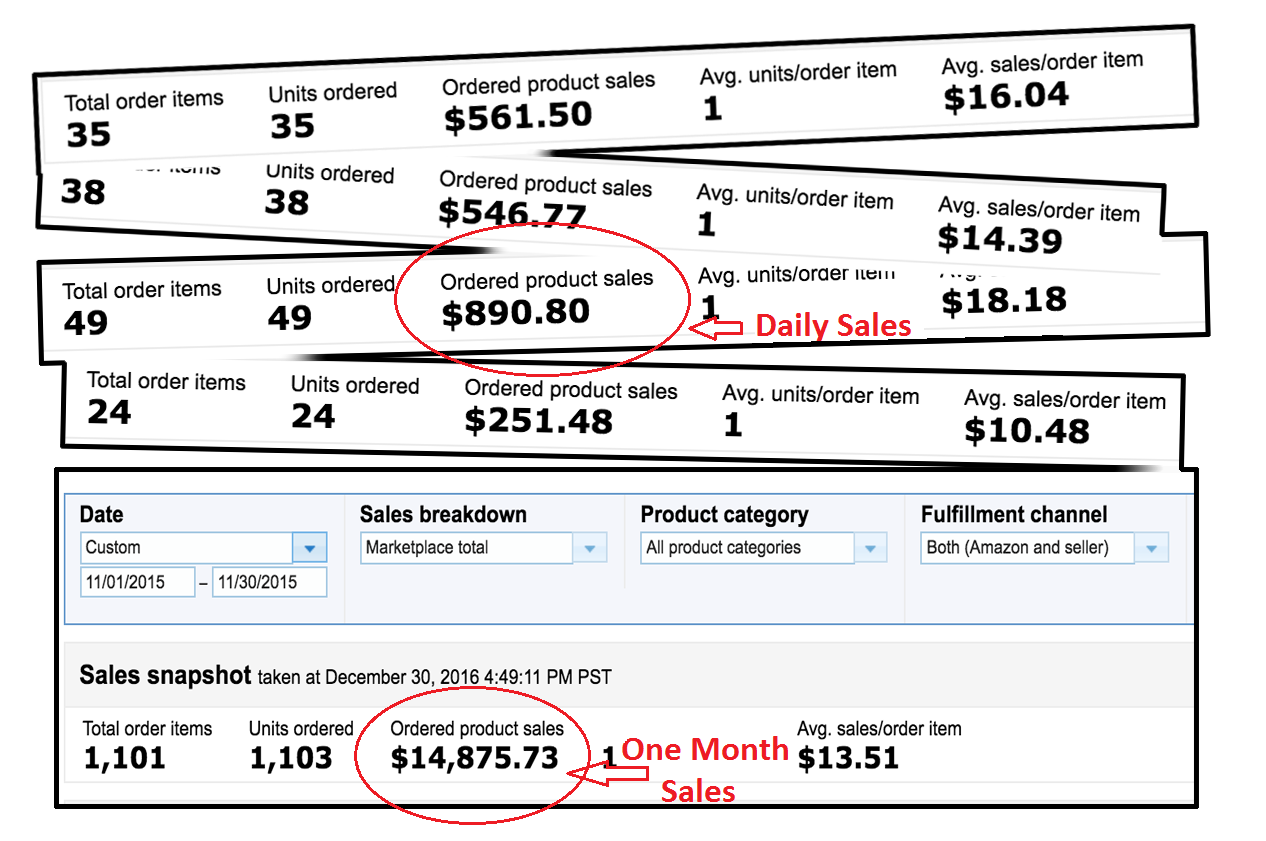 If you are willing to put in the work needed, I can teach you a proven method to make money by selling used books on Amazon FBA.

If for some reason you are not satisfied with your purchase, please contact us within 30 days for a full refund.

See what others have to say from our Facebook Group 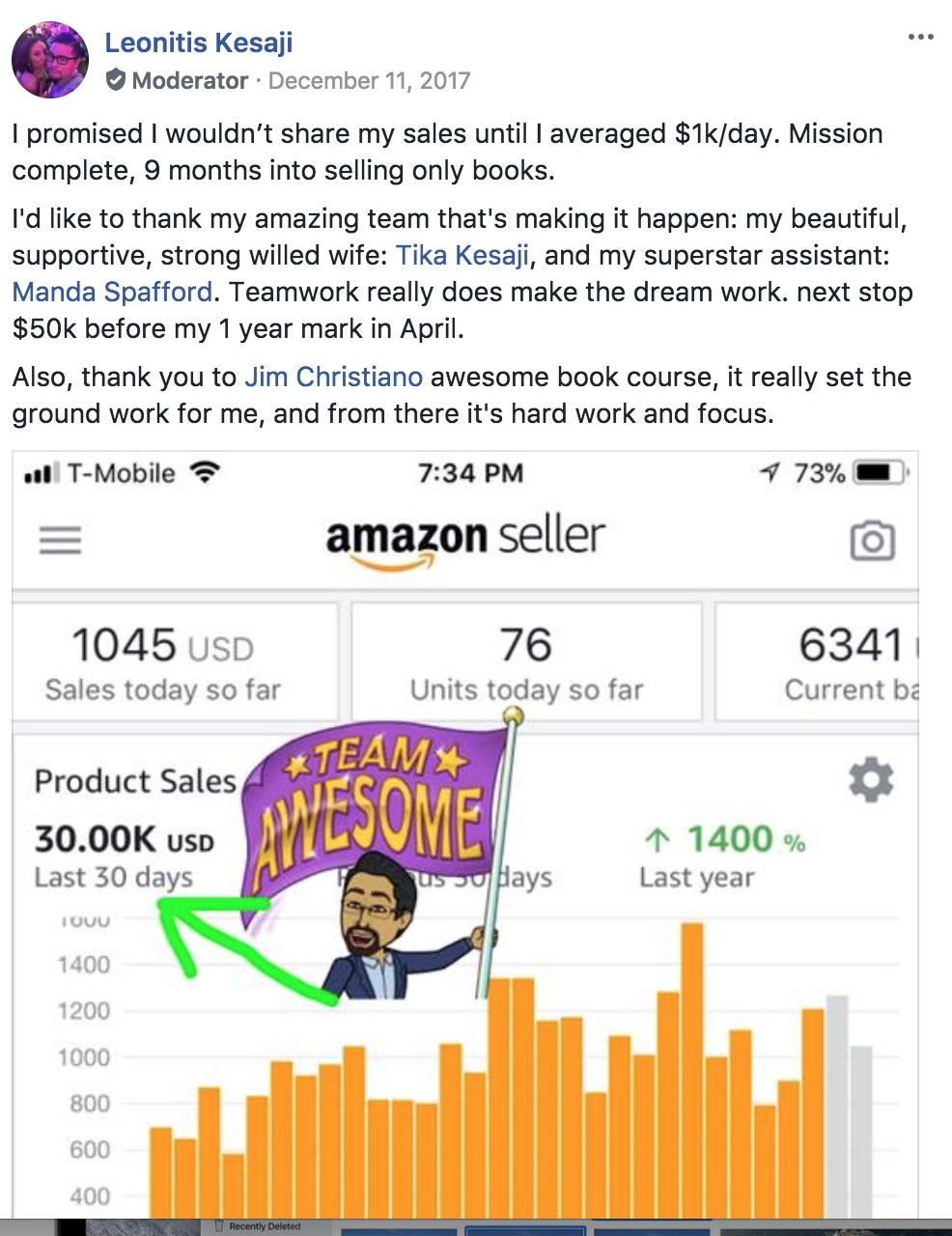 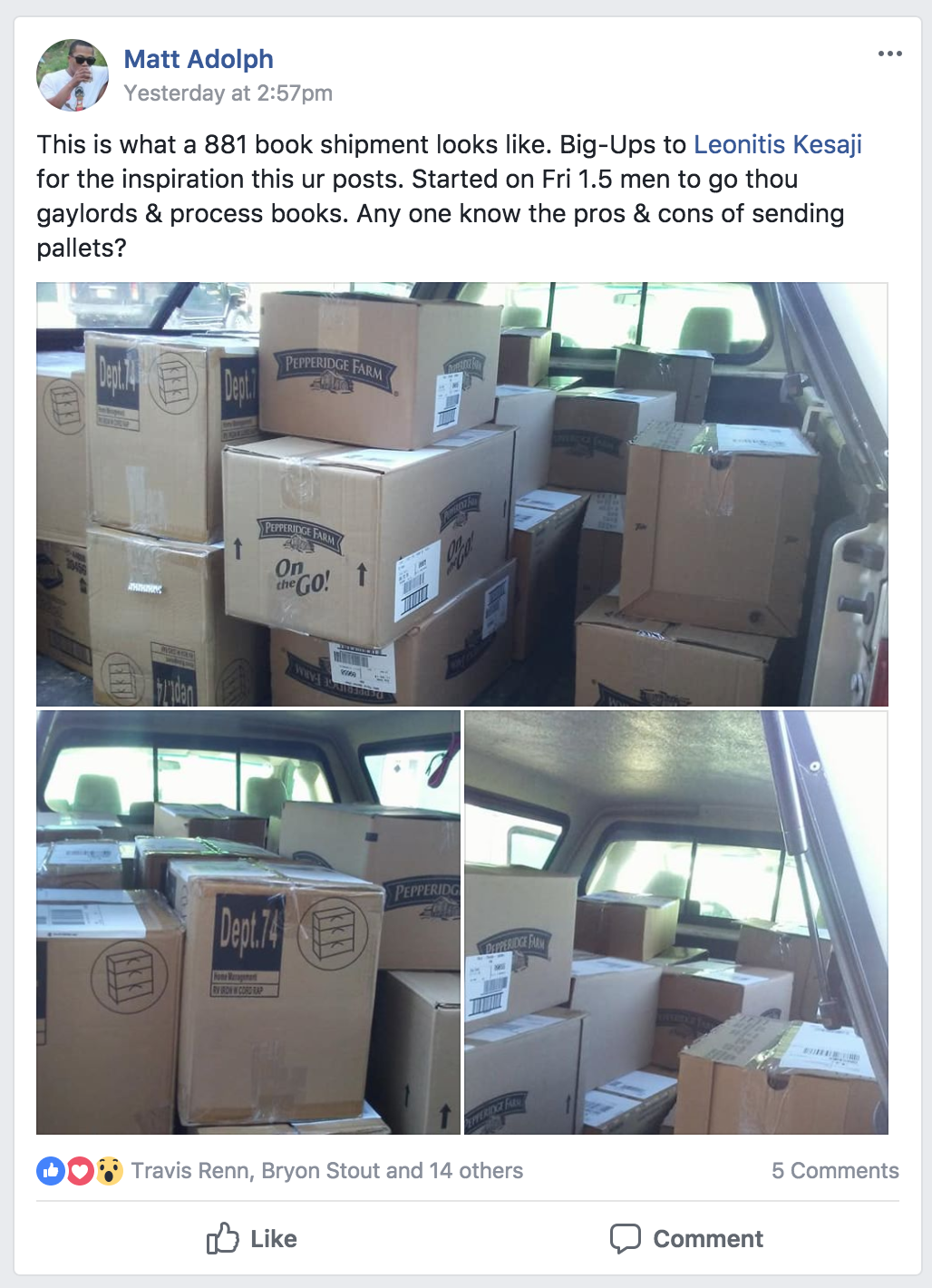 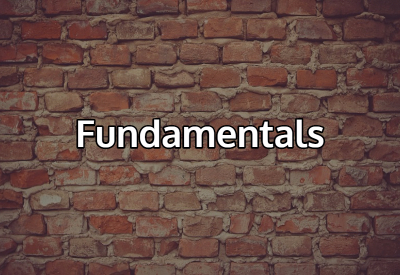 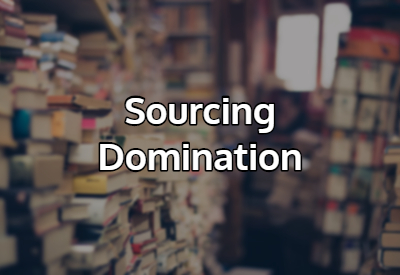 This section goes over some of the best places to find used books and many are rarely ever talked about in open forum. 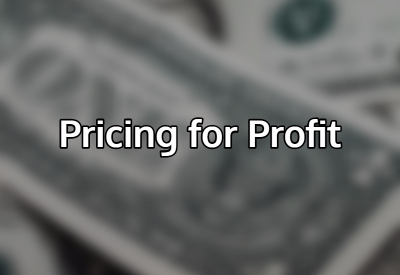 This section will show you how to properly price your books to make sure they sell quickly. Re-Pricing templates and instructions are also gone over in great detail

Learn all of the fundamentals of Book selling on Amazon FBA from start to finish. Equipment needed, how to list effectively and efficiently, configuring your listing software, scanning software settings, grading your books and much more.

What you need (Sourcing & Tools)

The fastest way to scan ALL types of Books

Understanding Sales Rank (It's not what you've been told)

How to Grade your Books ACCURATELY

How to maintain a 100% Feedback Rating

7 Ways to get rid of your Duds

When to sell on Ebay

Books with no Image or No Dimensions

Jump start your Feedback Rating as a New Seller

Scheduling Your Week and Keys to Success

How to purge your inventory (LTSF)

All about WHERE to find profitable books. These are some of my best kept secrets.

How to make Thousands from Book Sales

Mutually Beneficial Relationships (Books that come TO YOU)

How to Negotiate for Books

Pricing your books to sell is critical and is the #1 reason I see people having issues with sell through rate. This section elaborates on initial pricing as well as my in-depth re-pricing settings to keep sales coming in even on long tail books.

How to Price your Books the RIGHT way

Pricing after the Fee Changes

All of my Re-Pricing Settings

Setting Pricing Floors on your Textbooks And / Or Arbitrage Items

Over 10 hours of high-quality, step by step videos.

I designed this course to teach you everything you need to know about selling used books on Amazon FBA in over 42 live video lessons. 3 bonus videos are also included. Take a look at what some of our course members have said: 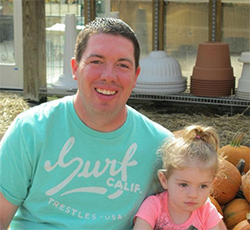 I highly recommend that anyone interested in selling books online through Amazon signs up for Book Selling 101 by Jim Pickins. Prior to a couple months ago I thought that all of the items on Amazon were being sold by Amazon itself. I had never heard the terms FBA, Merchant Fulfilled or anything like that.

Entering this new business venture I thought the best plan would be to find someone that could show me the ropes and the best way of doing things. That is exactly what I found with Book Selling 101, it breaks the entire process down so that even a complete rookie like myself could get going and start making money almost immediately. There are videos on what equipment you need, what softwares are most efficient, sourcing, pricing, listing, packing, shipping etc etc. There is no need to look anywhere else or watch any other videos, any question you could have is answered. I think what sets the course apart from others is the in depth guides on Grading/Listing/Pricing. That is the most difficult part of Book Selling and what has the biggest impact on actually selling books and making money!

I shipped my first ever FBA shipment of 595 books on December 19th around 6 PM. By 11 PM December 20th I had my first sale and by December 27th when I hit the 1 week mark I had already sold 96 books totalling $1,653.90 in sales! In one weeks time I had sold over 16% of the books in my inventory, and that is with a brand new sellers account without any feedback.

Without Book Selling 101 there is absolutely no way I would of been able to accomplish what I did as quickly as I did it. Jim's straight forward, all inclusive approach really simplified things and made it possible to start making money immediately. If you are wanting to start selling books on Amazon then sign up, start learning and a month from now you could be making money. 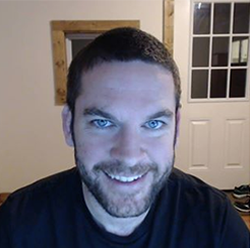 Jim's course is the finest I have seen when it comes to the business of online book selling. Jim has personally helped me grow my book selling business that brings in bi-weekly deposits of $3,000 to $5,000 into my bank account.

This course really exemplifies his vast knowledge of this industry, and you would be doing yourself a great disservice if you don't pick it up. Solid, thorough, actionable content all the way through. Thanks Jim! 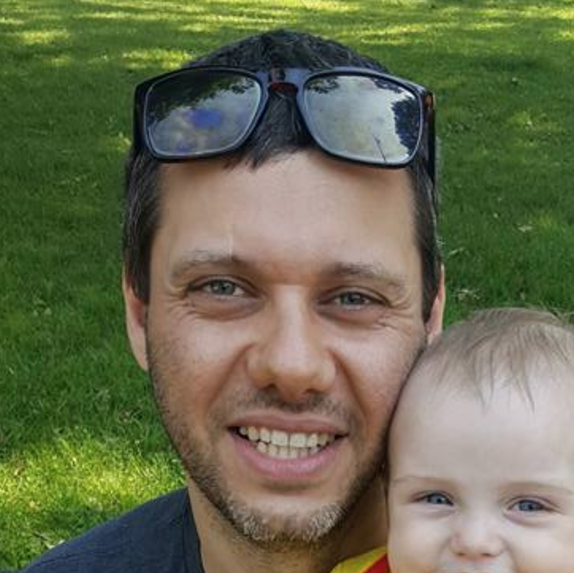 This is my first year selling mostly books and some cds on amazon FBA. I've done over 50k by myself with honestly little effort. Getting to know what to buy, how to price and the various tools,apps needed was the hardest part. This is where Jim has helped immensely! Any questions I needed we answered in his videos. My advice for beginners is you must have the right tools and guidance. Once you have that you gain confidence which in turn creates money. Jim's videos are very clear with many tips and tricks I would have never thought of. Well worth it! Learn it and get scanning. Good luck! 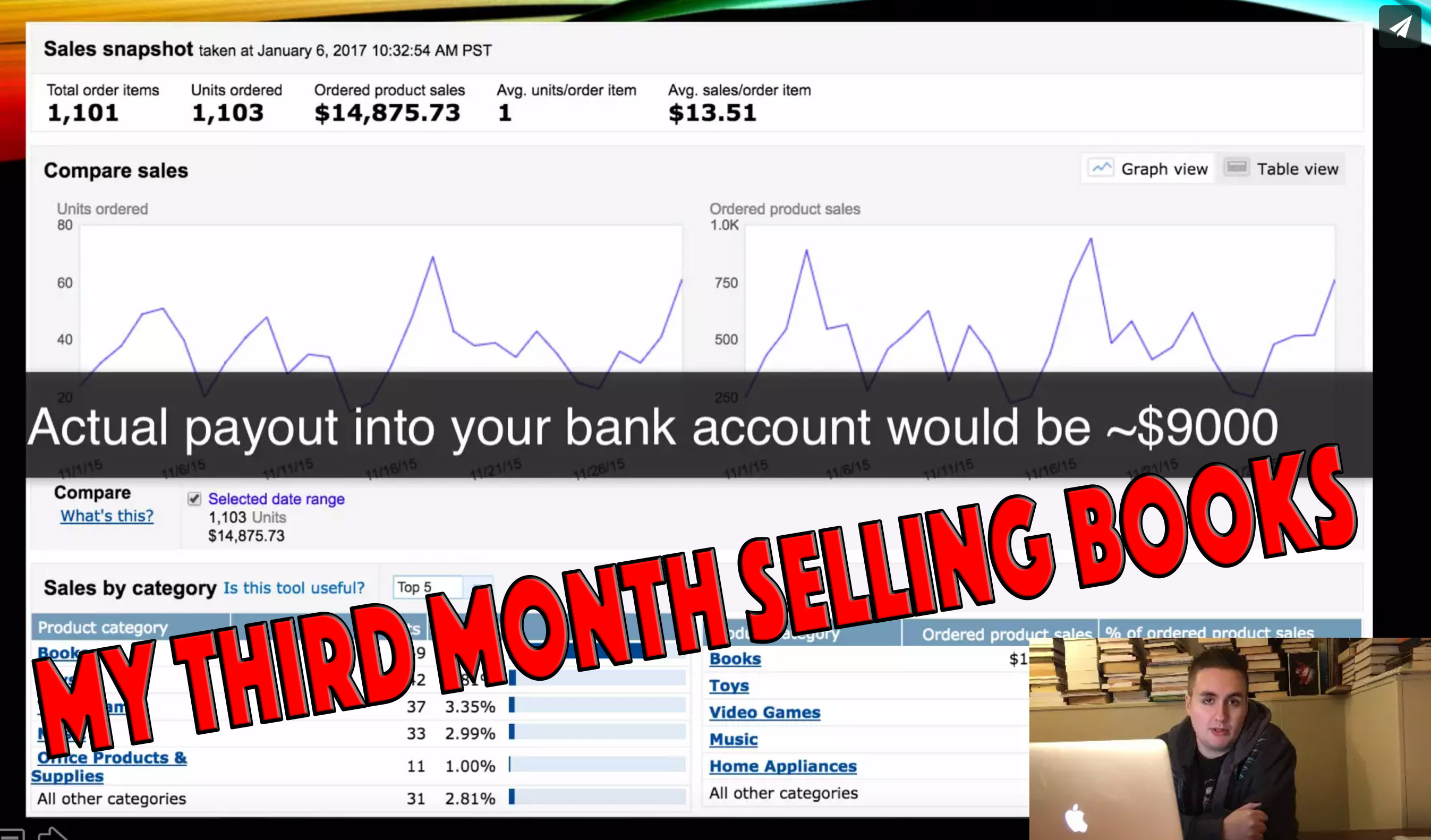 If for some reason you are not satisfied with your purchase, please contact us within 30 days for a full refund.